Oso Tayari Casel is a humanitarian dedicated to improving the world one community at a time. His many cultural and philanthropic missions to several countries around the world fostered his cognizance of impactful community involvement. Throughout the years, Oso advanced his service-oriented endeavors in the United States as a youth counselor, community engagement consultant, and most-notably as a world-renowned Martial Artist. His awareness of how Martial Arts and cultural involvement can transform communities is specifically harnessed within the Hospital Safety and Security Industry through Elite Security Services & Solutions, LLC.

Elite Security Services & Solutions, LLC grew out of Oso’s desire to protect and serve people when they are in their most vulnerable state. Whether it’s the patients who need healing, the hospital staff who focus on providing care, or the families who need compassion as they visit sick loved ones, hospitals are the intersections of heightened emotions that benefit from a protective and empathetic presence. Oso has poured his heart and expertise into a security company which recognizes that individuals in a hospital need compassion first. 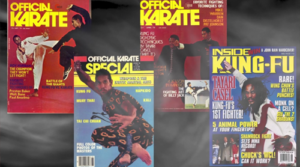 experience as a Martial Arts Hall-of-Famer and instructor to lead Elite’s officers in the art of de-escalation. His ideals are at the heart of Elite’s core values of Discipline, Courtesy, Respect, and Care. These same ideals often lead the company into the midst of some of the most criminally active cities in America, where Oso continues to focus Elite on doing the highest good.

CHIEF INSTRUCTOR; CEO of the Best of The Best; the CHAIR for AAU Chinese Martial Arts for Prince George’s County, Montgomery County, the District of Columbia, Fairfax County, and Arlington County in Virginia and CO-FOUNDER AND DIRECTOR OF OPERATIONS for 4B United Security which provides armed and unarmed guards for corporate and personal security. Started relevant training in 1987 under Shifu Eddie Little at the Dennis Brown Shaolin Wu-shu Academy in Washington, D.C. and distinguished himself as a model student becoming one of that organization’s most used weapons in their competition team arsenal.

Excellences: Champion of forms, weapons, and fighting divisions; the Grand Fighting Champion at the Friendship Games in Annapolis, MD [1998]; One of the country’s highly sought martial arts trainers; Promoted from “Shifu” to the high rank of “Malenga by Mfundishi Bakari [2006]. 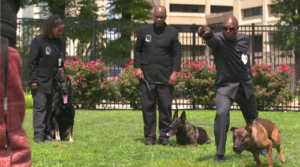 Exposure: China, and the Caribbean. Result: Produced a collaborative relationship enabling world class athletes Jiang Bang Jun and Li Ying of the Beijing Wushu team to join the instructional staff at the school.

Training Systems: Producing the next generations of champions who currently hold Gold and Silver medal championships in National and International competition; Continues to produce some of the best practitioners in the world.

Transition: Began the transition of his martial arts techniques into user friendly systems that were more easily translatable to the workforce dynamic as both security solutions, work force stress management, and patient sensitive safety restraints for hospitals [2006].

Matthew Stanback is an innovative businessman, ensuring that companies are on a solid financial footing through his hands-on experience in finance, accounting, business analysis, and proposal development. He’s spent over a decade working in corporate finance with Fortune 50 companies and has brought that experience to Elite Security Services & Solutions’ business practices. He received his BA in Business Administration with an Accounting focus from Morehouse College and his Master’s in Technology Management from Georgetown University. His background uniquely qualifies him to handle Elite’s blossoming business needs.

Matthew has trained in Martial Arts for more than 25 years. He is a third-degree black belt in Tien Shan Pai Kung-Fu. He received the rank of Shifu (Teacher) in 1999. Matthew is an internationally recognized Martial Arts competitor as well as a Martial Arts instructor. His training expertise was instrumental in creating the de-escalation program Elite utilizes for its officers.

Matthew’s business acumen and passion for Martial Arts has made him a vital part of Elite’s success. As the Chief Financial Officer (CFO) and Executive Vice President of Operations for Elite Security Services & Solutions, LLC, he has charted out a clear path to execute the founders’ vision for the company. He will continue to be the articulate first responder to all of Elite’s business needs.